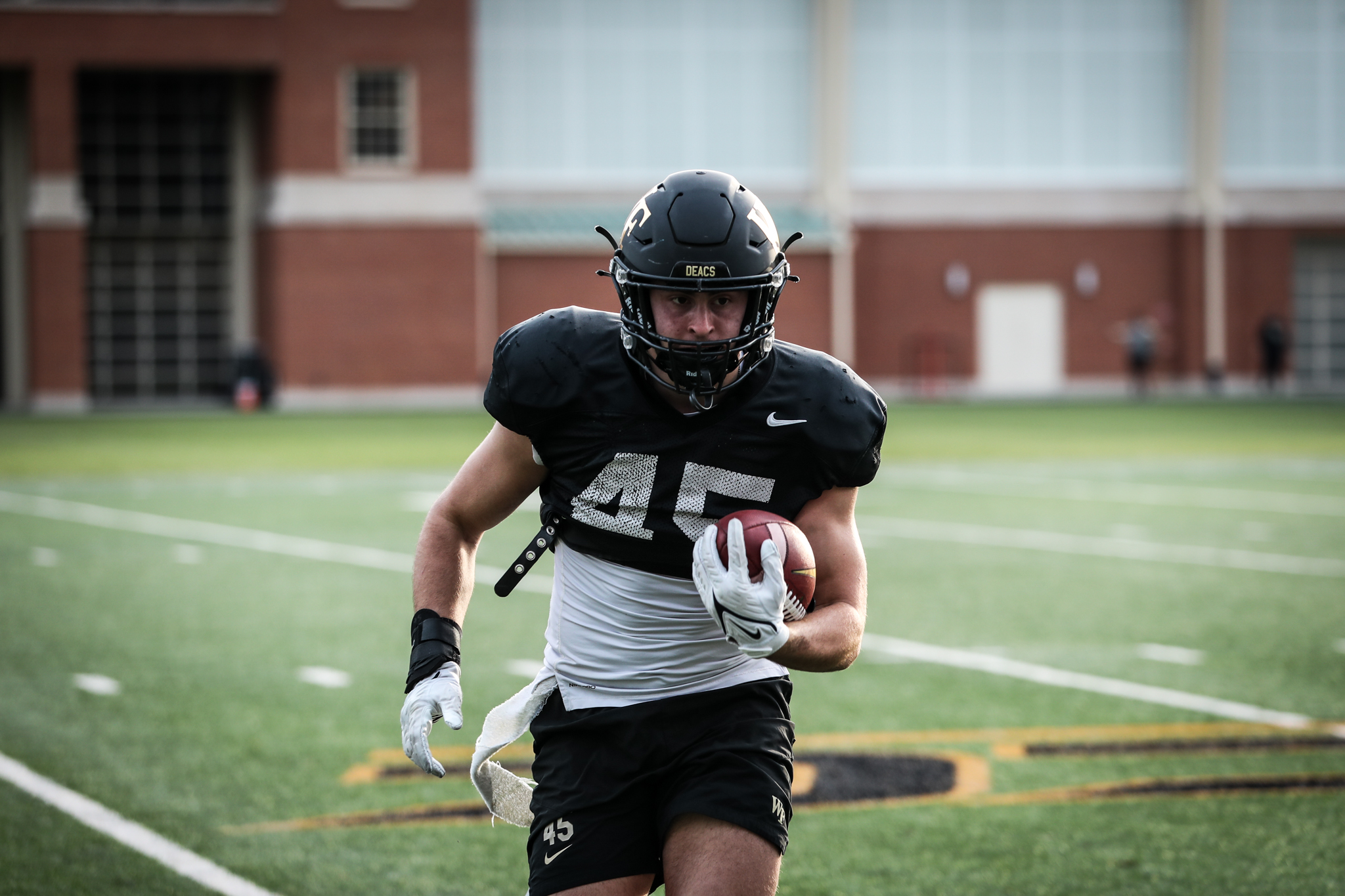 “It really taught me how to work with different people, and how to get the best out of everyone in a team environment.” – Nick Andersen

Nick Andersen has made an impact on the field, in the classroom and in the community since his arrival to Winston-Salem and Wake Forest in the summer of 2020. His infectious personality and hard-driving work ethic superseded his freshman walk-on status.

Since then, he’s earned All-ACC recognition and a scholarship; and is now taking advantage of opportunities to grow his leadership skills as the Demon Deacons enter a promising 2022 campaign.

Andersen flew to Colorado in February to represent Wake Forest in February at the 2022 US Air Force Academy Leadership and Character Symposium in Colorado — a function which convenes distinguished scholars, military leaders, corporate executives and world-class athletes to motivate and equip participants for honorable living and effective leadership.

“It was very special,” Andersen said about the conference. “It was a fantastic and unique experience.”

The opportunity to participate in the symposium was present to Andersen by Lyn Meyers and Jane Caldwell. Meyers serves as the Wake Forest University Allegacy Center for Leadership and Character as Senior Operations Manager and Caldwell is the Senior Associate Athletic Director Student-Athlete Services & Assistant to the Dean.

“I got the opportunity to go out there and stay with a Cadet,” Andersen said. “I got to hear some of the greatest, most inspiring speakers in the world. It was all about leadership. I learned a lot of lessons out there. It was a phenomenal experience to go out there and bring those lessons back here.

“It really taught me how to work with different people, and how to get the best out of everyone in a team environment. For me personally, it helped me focus as a leader to bring my absolute best every day. I have to lead by example. Men follow their general, so I have to set the standard myself.”

New Wake Forest safeties coach James Adams has been impressed with the leadership of Andersen during spring camp.

Dealing with change can always be tumultuous, meaning Andersen’s leadership the last few months has been even more important for the Demon Deacons, who have several new coaches on defense, including Adams and defensive coordinator Brad Lambert.

“It’s going great,” Andersen said. “It’s a new defensive staff for the most part. The energy is there, with guys flying after the ball. It’s great to see. There’s a lot of knowledge that has come about. Guys are plugging in different places and really starting to come together.”

The schematic changes brought about by the new staff have enabled Andersen to follow his instincts more on the field. Then when you add in the gains Andersen has made in the weight room, he’s faster to the ball and more violent with his finishes.

“The scheme helps my style of play, with my versatility. I’m getting to the football and letting my instincts take over,” Andersen said. “For me, it’s building my all-around game, whether that’s coverage, being a post player, being a box kind of linebacker guy — just doing anything you need me to do.

“They’re letting me be free a little bit more, so that’s letting me play to my strengths — using my football knowledge and instincts. They let me sniff out the ball. If I’m wrong, they let me go 100 miles per hour and I end up making a play anyway. I love it.”

Andersen has 78 combined tackles the last two seasons, along with five interceptions — including the three-interception effort in the 2020 upset home victory over Virginia Tech.

“I watched every rep from last season and a little from the year before,” Adams said. “I wanted to see what kind of athlete he was. He was flying around making plays, while working from multiple positions last year. I knew he was smart, high-energy and intense. I knew what I was getting when I started coaching him. He’s doing a phenomenal job.”

Although Andersen earned All-ACC Third Team recognition as a freshman in 2020, Adams believes the best is yet to come for the standout safety from Virginia.

“He’s getting better at not doing too much,” Adams said. “He’s a smart player and has always been productive. But now, he’s starting to let his body take over. Muscle memory and taking the coaching points we’re giving him to make the proper adjustments. He really quarterbacks the defense and takes ownership of it.”