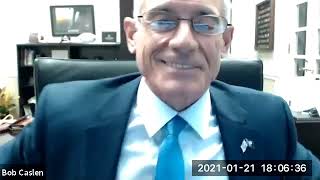 Join us for an online discussion by former West Point Superintendent General Robert Caslen and USMA psychology professor Dr. Michael Matthews about character and its application to both USMA cadet development and to leadership in general. Drawing on ideas from their recent book, The Character Edge: Leading and Winning with Integrity, the discussion will focus on positive individual character as the foundation for effective leadership. The role of organizations in promoting positive character and addressing character shortcomings will be explored. The discussion will be moderated by COL (Ret) Patrick Sweeney (West Point Class of 1983), Executive Director of the Allegacy Center for Leadership and Character.

Poignant comments include discussion on character and how it is important to gain the trust of others. Character can be defined as the moral values and habits of an individual. Character can be influenced by many forces including external forces such as family and society as well as internal forces such as values. A character development program is important for leaders to be able to gain the trust of others. Most leadership missteps leading to being relieved of command come from a failure to check behavior within the organization that leads to loss of trust of supporters and loss of effectiveness. Leaders demonstrating character will contribute to the benefit of themselves and to those around them. Character is a muscle that needs to be used and take more than espousing values. Character is our personal essence and defines us regardless of external circumstances. Triggering events, whether positive or negative can drive character development and the greater the variety of situations, the more opportunities the individual will have to develop character. To demonstrate character more effectively, the leader can exhibit moral courage and change personal behaviors and actions. The consequences of looking away from character lapses can be severe. It’s important to have a program or system to teach, train, and mentor others to establish and to maintain standards.